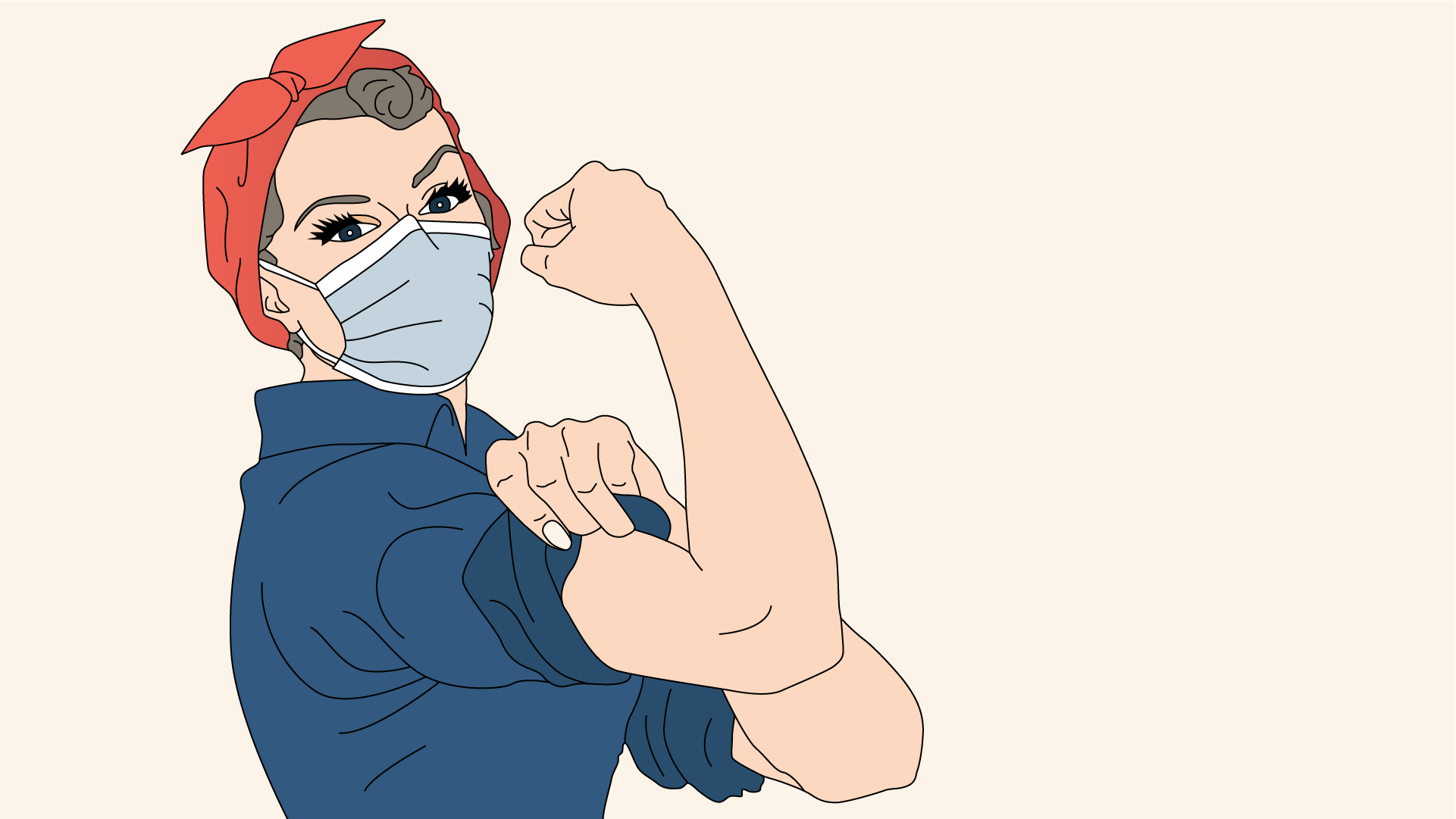 Marketing in the time of COVID-19

Marketing in the time of COVID-19 is a tall order. Don’t sell yourself short.

It’s an odd feeling, knowing that we’re in the midst of a major historical event. COVID-19 has quickly taken over our lives, foisting on us a new normal that now colors everything we do (and that has made “unprecedented” the most popular word in the English language). As brand stewards work from their homes and try to plot the best path forward, that path is proving difficult to determine. When every commercial break swells with emotional music and platitudes about how we’re “stronger together,” the brands that have been making a genuine impression have taken one thing to heart.

These strange times we’re living in have made people highly sensitive to branded messages. Money suddenly seems scarcer than it used to be—and not just for the 30+ million Americans who recently filed for unemployment. No one knows how long this pandemic response will last and how much of an effect it will have on any industry, putting future incomes at risk almost across the board. And in the middle of a crisis, when economic futures are uncertain, trying overtly to convince people to spend on your product or service feels tone deaf (and that’s not even mentioning anyone using “COVID19” as a promo code).

Even brands who didn’t take any action to adjust their normal strategy ended up catching some flak. When the first lockdown orders were issued and panic-buying at grocery stores was in full swing, social media lit up with people appalled that certain cleaning brands were still running ads despite their products having already been cleaned out at most retail stores. As one Twitter user who replied to a sponsored tweet about crackers put it, “Read the room, baby.”

So what do you do when most promotional, traditional advertising feels wrong? Let’s take, for example, a Vietnamese bistro that opened recently in St. Louis—recently, by the way, meaning they hadn’t yet been open a month before the stay-at-home orders went into effect across the country. In the face of mounting adversity, wondering where sales would come from and how long they would be able to stay open, they packed up a bunch of sandwiches and meal kits and took them to a local hospital to feed healthcare workers on the frontlines. Local news outlets picked up their story, and after a barrage of articles and on-air coverage, they put together a successful restaurant launch in the middle of a pandemic.

The brands that have been succeeding in this torrid time haven’t been focused on selling—they’ve been focused on helping. They have put their promotions on hold in favor of putting time and energy and resources toward making a real difference in people’s lives. Giving back has moved their brand forward. Because when you do the right thing, people take notice.

The power of brand affinity and earned media

Brands that are focused on helping rather than selling are succeeding right now for a few reasons. First, temporarily deprioritizing business needs and leading with empathy helps build brand affinity—when people feel they share common values with a brand, the emotional part of a purchasing decision is more likely to play a larger role. Recent studies have shown that brand affinity helps raise conversions by a staggering 131%, while 81% of people felt brand trust was a deal breaker or deciding factor when considering a purchase.

Doing good out in the world humanizes brands. It makes companies seem less like money-driven soulless entities and more like collections of people working together for a common goal. And that ‘feel-good’ factor, in turn, puts those companies into more consideration sets and gives people a reason to buy or spend on them in the future—in fact, study after study, from the UK’s Institute of Business Ethics to the nonprofit organization JUST Capital, has shown that the most ethical companies consistently outperform their industry competitors.

Helping also attracts media coverage, which generally carries more trust with consumers than traditional advertising. Earned media get the word out and builds positive perception without relying on owned channels that can be seen as self-serving and insincere. At a time when people are often more skeptical when hearing about companies talk about themselves—and when every TV spot is the same piano-driven montage of stills—this is one of the best ways for brands to stay top-of-mind and grow that brand affinity.

We’ve all gotten emails from brands we haven’t interacted with in years about their response to the coronavirus crisis. While this information is great to reassure potential customers that you’re taking the current situation into account, it’s certainly not going to stand out or make an impact. Some brands have gone a bit farther by changing their logos or taglines to promote social distancing. And again, it’s commendable that they’re raising awareness for and supporting the stay-at-home cause—but the brand actions that have really resonated with people and have dominated conversations have been those that make a difference out in the world.

As the adage goes, actions speak louder than words (and in this case, logo redesigns too). The most impactful brand responses to this crisis have been helpful actions—giving aid to our tireless healthcare workers on the frontlines, repurposing resources to produce helpful products, or simply providing a bit of relief to the everyday Americans that are doing their best to stop the spread. There are plenty of lists full of distilleries and perfume makers that have outfitted their assembly lines to make hand sanitizer and delivery services that have cut fees to support people and restaurants (if you haven’t read one yet, here are a few), so we wanted to highlight one small business we love as well as one of our clients here at VSA that have really taken helping to heart.

The first is a tech company called Wyze, headquartered out in Seattle, WA. They’re a smart home device maker that set out to make things like smart plugs and wifi-connected light bulbs cheaper and more accessible to the everyday consumer. As part of their COVID-19 response, they set up a program to donate their popular Wyze Cam wifi cameras to small business owners across the state of Washington to help them look after their stores while they are self-isolating. Brilliant. (author’s note: I may or may not have bought another pack of their smart plugs after reading about their efforts just to show my support)

The second is VSA’s client Arity, a company that gathers mobility data and turns it into insights to make transportation safer, smarter and more useful for everyone. They recently determined that there had been a drastic decrease in people on the roads due to the many shelter-in-place orders in effect. This insight was integral to their parent company Allstate’s decision to return to their customers an estimated $600 million in insurance premiums—an action that has spurred many competitors to follow suit. And as an added bonus, Arity offered up their insights and COVID-19 driving reports to any insurance company in the industry in hopes that those companies can use their data to help their customers in a time of need. That’s how you make an impact.

In addition to helping at company-wide level, it’s important to support individual employees as they help, too. Here are some of the ways our brilliant employees are doing their part:

Designer Johnny Mei is donating all sales of his photographs on Society6 this year to Doctors Without Borders. He says, “Their support for countries in conflict zones is continuously important. In addition, the organization’s emphasis on being independent, impartial, and neutral also resonates with me.

Content Strategist Ariel Bolles is working with a community-based mutual aid group in her area, and built and maintains a simple website for the cause. The bilingual website provides general and local resources in addition to links to request help and volunteer.

Uniting around putting our expertise to work for local groups and friends is just one way we’re committed to helping—we’ve got plenty more in the works, and we hope to see plenty more from you, too.

Zach Frazer is a Senior Copywriter at VSA Partners, concepting and writing for clients like Rust-Oleum, Marvin, Sappi, and Northern Trust, among others. He lives and works in Chicago, and spends his time crafting meaningful messaging for brands and pursuing that next big idea. 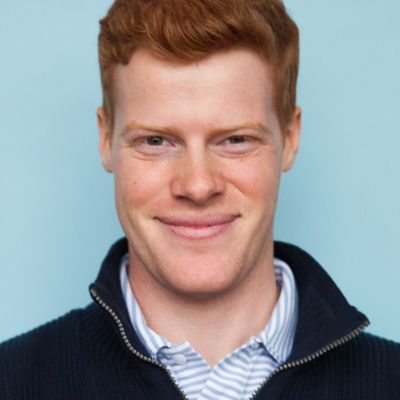 Josh splits his time between helping brands develop strategies for differentiation and leading the web analytics and measurement department at VSA, which entails helping clients transform into data-driven organizations. Additionally, he is familiar with a wide variety of digital and marketing topics stemming from his time as a Digital Marketing Consultant at Accenture.